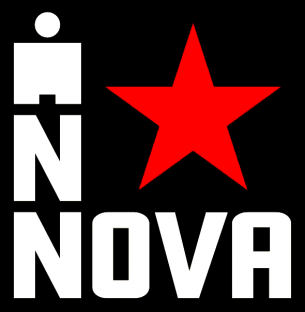 Innova is the record label of the American Composers Forum; they are the second largest nonprofit label in the US after Smithsonian Folkways. I started to work officially for them in 2001 after 8 years of on and off consulting for them (I worked a great deal on their ten-year series Sonic Circuits), once again as Director of Artist and Product.  The job this time had some different complexities to it, starting with cementing distribution and  building a wider based catalog. Innova was primarily a new classical/experimental label that dabbled in jazz. One of my projects was to make them a serious contender in the world of jazz. To that end we became the number one jazz label in Boston with groups like Revolutionary Snake Ensemble, Dead Cat Bounce, Neftule’s Dream, and Beat Circus.  For my last two years with the company we dominated the Boston Phoenix Jazz poll.

Innova also had its first Grammy nomination while I was there: a record we did with the Clouds that was nominated for design.  I collaborated on this design with the artist himself, Stuart Hyatt; I was also executive producer along with Irwin Chusid (Langley Music Project, Esquivel, Raymond Scott Archives).

During that time I was also able to spearhead an an ACF project that gave studio time to artists. Using the FurSeal studio we were able to channel roughly $150,000 worth of recording time to artists that would have otherwise been unable to afford to get a good recording of their work.

Innova is still up and running and you can visit them here .