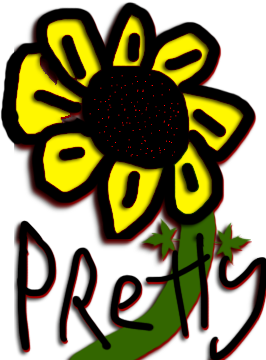 I started doing design work in 1987 when I was sophomore in college working for a place called T-Shirt Inc. They did a combination of almost every rock and roll t-shirt in the US, and a ton of the retail t-shirt printing for K-Mart. I started off cutting rubylith and doing letraset. I started learning Photoshop with version 2 and it’s kept me busy ever since.

Design started for me mostly as a way to save money: if I did it, I didn’t have to pay someone else to. Eventually people started asking me to do work for them, and another aspect of me was born. I have done graphics for everything from Sony Digital, to the 90’s era “Phat Laces” packaging, to the somewhat ubiquitous gothy “MPLS” buttons that run rampant over my hometown of Minneapolis. Around the year 2000 I was asked to look at a company’s process of making rugs. I developed a process that changed the way they made files, creating a much cleaner and crisper image–which at 6 dots per centimeter, and 8 spot colors is not an easy prospect. For about the next four years I did all of their digital transfers, mostly wildlife images by Terry Redlin. These rugs were sold in hardware stores, feed outlets, and other such places. Through this company I also did a number of my own textile designs aimed at the youth market, a few of which you can see below.

I have art directed hundreds of projects and helped develop websites (like Innova’s for example) but rather than show that work this gallery gives you some personal favorites.